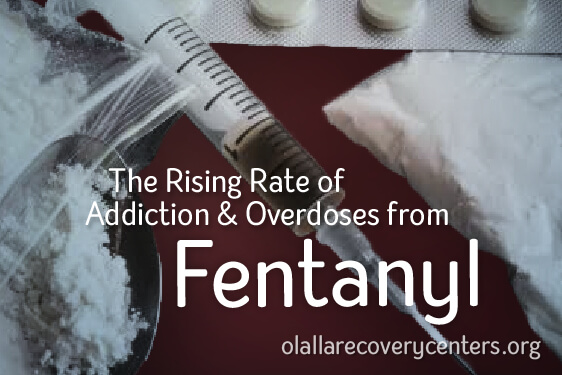 Posted at 14:59h in Addiction Recovery Blog by Christine Lynch

The opioids epidemic has been in the news a lot lately, as the concern about its impact has expanded into the political arena. With the dramatic increase in the number of deaths from opioid overdoses in recent years, fentanyl especially rose as a major concern because of how extremely dangerous this synthetic drug is.

If you know someone who is addicted to opioids or fentanyl specifically, you need to understand the urgency to get help for your loved one. Here are some facts you need to know:

The effects of fentanyl can include a weakened immune system, respiratory stress, anxiety and paranoia attacks, increased depression, gastrointestinal problems and shifts in mood or personality.

Here are some addiction signs to watch for:

If you suspect a loved one is addicted to fentanyl, don’t carry this burden alone. Call Olalla Recovery Centers, and one of our professionals can help you figure out what you can do next.

Fentanyl addiction may be a public-health issue, but breaking the cycle takes one person at a time. Please know that there are resources available to help you and your loved one break free of this devastating problem.